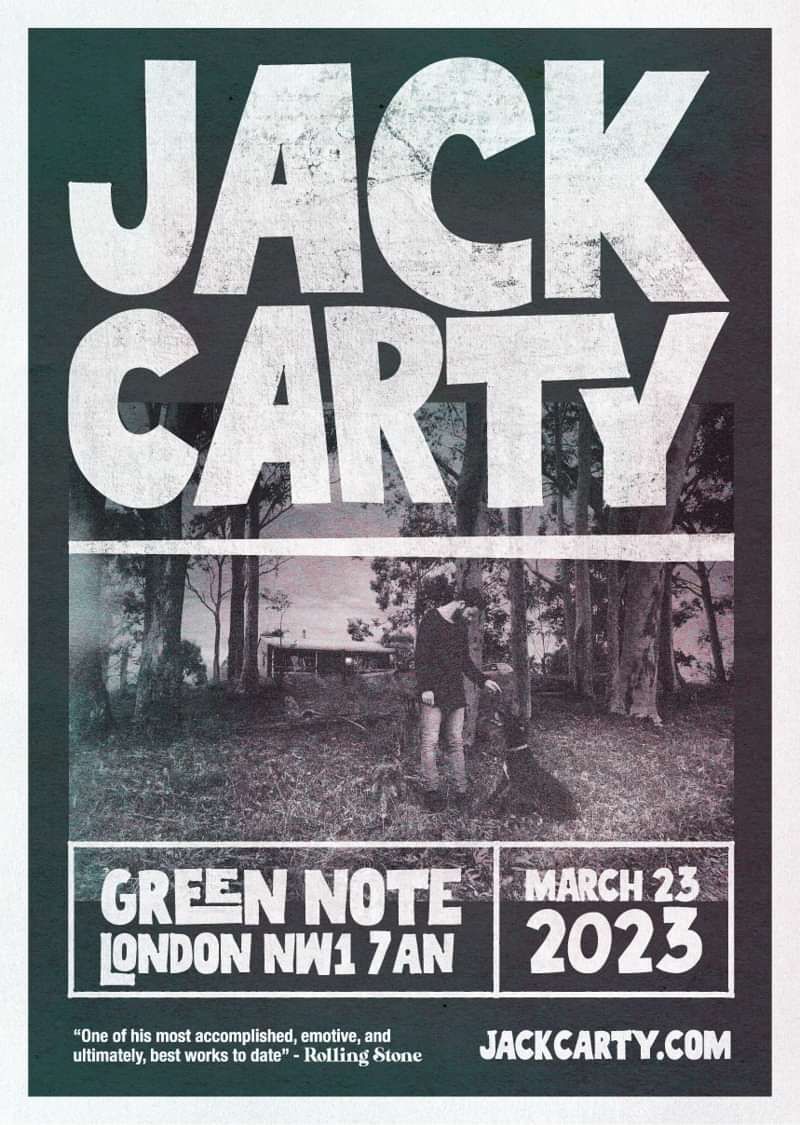 Prolific Australian songwriter JACK CARTY has been making, touring, and releasing original music since 2010. Twelve years that have seen the release of six full-length studio albums; three EPs; an APRA Professional Development Award; extensive touring across Australia, The UK, North America, Europe, and New Zealand; festivals from Brisbane to Barcelona; co-writes with the likes of Josh Pyke, Dan Wilson (Semisonic), The Once, and Katie Noonan; a #1 independent album; a Top 40 album; and a loyal, grassroots following built on great songs and a powerful live show. In March 2022, Jack released his sixth studio album “Wake to a Bright Morning” through his own label Big Door Recordings. The album is a collection of largely self-produced songs, written and recorded in living rooms, spare rooms, friends’ bedrooms, and the odd studio, between London and Brisbane over a 3 year period encapsulating European, UK and Australian tours, a move home to Australia, and the birth of Jacks two children. It’s been a labour of love and inspiration; there were no deadlines, there was no pressure, just Jack (and some talented friends) exploring and making music, with themes of time and truth woven throughout. Honest, layered, lyrical, emotive, and at times acerbic, “Wake To A Bright Morning” is the most accomplished work to date in a growing catalogue of gems, spanning indie-folk vignettes to cinematic chamber pop. Support from RILEY CATHERALL Riley Catherall is a singer-songwriter based in Melbourne whose patient lyricism has not gone unnoticed. Riley has built a credible status as one of Australia’s most promising songwriters through his poetic sincerity and alluring live shows. Having previously toured throughout Europe and The UK as part of Lachlan Bryan and The Wildes and Hannah Aldridge’s band, Riley Catherall returns in March 2023 for a string of solo shows promoting his debut record “When I Go”. Doors open 7pm, Music starts 8pm. The venue is mixed seated and standing. Tables are limited, and available on a first come first served basis, so if you’d like a seat, we recommend arriving early!