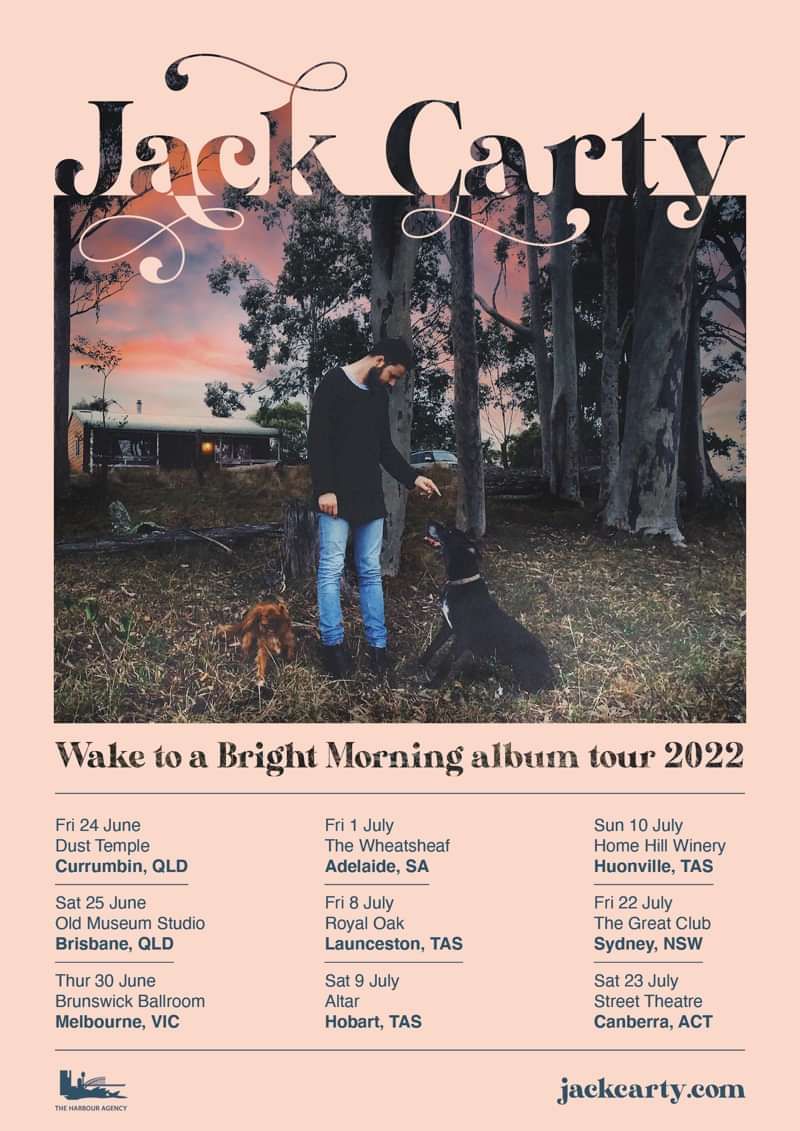 Prolific, independent Australian songwriter Jack Carty will release his sixth studio album "Wake to a Bright Morning" through his own label Big Door Recordings on March 11 2022. Jack has been making, touring, and releasing original music since 2010 - a decade that has seen the release of five full-length studio albums; three EPs; an APRA Professional Development Award; extensive touring across Australia, The UK, North America, Europe, and New Zealand; festivals from Brisbane to Barcelona; co-writes with the likes of Josh Pyke, Dan Wilson, The Once, Katie Noonan and Blair Dunlop; a #1 independent album; a Top 40 album; and a loyal, grassroots following built on great songs and a powerful live show.

"Wake To A Bright Morning" is a collection of largely self-produced songs, written and recorded in living rooms, spare rooms, friends' bedrooms, and the odd studio, between London and Brisbane over the past 3 years. It’s been a labour of love and inspiration; there were no deadlines, there was no pressure, just Jack (and some talented friends) having fun and making music. Honest, layered, lyrical, emotive, and at times acerbic, "Wake To A Bright Morning" is the most accomplished work to date in a growing catalogue of gems, spanning indie-folk vignettes to cinematic chamber pop.